FKTs - A Race Without (Being) a Race

FKT, or Fastest Known Time, is a culture that has exploded in the recent past - more so, in the post-pandemic era. With the uncertainties surrounding on-ground events since COVID-19 broke out, athletes (elite and regular, likewise) started turning to their favourite trails and routes to establish the fastest known times in a community-powered quest to attain crowns and massive brags. By 2022, the movement exploded to such an extent that the website fastestknowntime.com (the single most definitive source for 4500+ routes and FKTs worldwide) got acquired by the media group Outside Interactive, and got added to the arsenal of outside-focused brands like Trail Runner Magazine, Gaia, Women’s Running, Veloswap and Outside Magazine, to name a few.

What is a FKT?

Simply put, a(n) FKT is the fastest known attempt on any documented route. According to FKT guidelines, any route that is at least 5 miles (~8km) long or has at least 500 ft (~160m) of elevation gain on road, trail or off-trail qualifies as a FKT route. The guidelines require a route to have a story or any form of significance - even local/urban legends count - to be approved. Once a route is approved, athletes can attempt the routes and upload their activities to beat the previous FKTs and win new crowns.

FKTs are a great example of a community-driven documentation initiative. While a lot of ‘actual’ FKTs may not get captured (attempts by local athletes on local routes who run without any gadgets or idea of the concept), the idea is to document what can be documented. Especially in a country like India, where word-of-mouth trumps any other form of documentation, the FKT culture needs more awareness and support. We are literally looking in the face of this huge opportunity to put India on the global trail running map, by simply documenting these routes and attempts.

Anyone can create an upload a FKT route. All one needs is a .gpx file and a story behind the route. In other words, what you want while creating a route is a good reason for someone else to want to do the route after you. That’s all. Added bonus is if the route is ‘recognised’ locally by fellow athletes, local authorities, or the population in general. While the team at FKT is pretty liberal in approving routes, it always helps to give as much detail as possible, as the idea is to future-proof it.

The first step is to plan the route. Our recommendation to create routes is by first discovering local stories and connecting with what the route(s) signifies. It could be a route that captures the cultural essence of a suburb or a locality, or it could be a route with historical significance. It could even be a route through areas that represent what your city/region stands for. In some cases, it can also be a story around what the route would look like on a map.

The next step is to actually go out and ensure that the route ‘makes sense’. While shorter routes may be more direct, longer routes will almost always need a feasibility check on what sections are open, where the traffic intersections are, if there are issues around accessibility, and so on. For long routes (>20km long), it might be a good idea to go on shorter recce trips to get an all clear from all perspectives.

The last step is to stitch the route together into a single .gpx file. There are loads of GPX editors available online (for free), which can be used to combine routes. Once done, all that’s left is to upload the file on the FKT website.

The idea here is not to create the most challenging or the prettiest route. Instead, what one should look at is the branding and marketability of the route - and that simply comes down to highlighting and telling stories that signify why someone would want to run the route in the future.

And in the above process, you'll end up discovering a newfound love and connection with your city, village or region through which you're creating this route.

Just like creating a route, the first step to attempting a FKT is to plan it out. We recommend studying the route thoroughly, and even going out and recce-ing individual segments on the route. Unlike route creation where the creator is ‘discovering’ bits, an attempt recce is all about familiarising yourself with the route. Planning needs to take into account various factors like traffic flows, checkpoint planning, time of arrival at key checkpoints, gate open and close times (if any), season and weather, time of day etc. in addition to regular race-like planning around duration, pacing and fuel. Remember that it is a race without actually being a race.

FKTs can be attempted in unsupported, self-supported or supported styles. Simply put, it all comes down to how much support you get on the attempt and from what sources. There may be situations where you start unsupported but end up using some form of support on the way. Just be honest about it when you upload the attempt - bragging an honest attempt wins over dishonesty any given day.

As of July 2022, there are three FKT routes in Delhi/NCR - all of which have been created by CapitalTrails RC. These are:

Our goal is to create a FKT culture in North India. Our members are also actively involved in creating FKT routes in the Himalayas and other regions. Along with other Indian trail runners, we wish to put India on the FKT map by documenting more routes and encouraging more FKT attempts. Who knows - one day we might see an Indian route on the list of Premier routes.

In addition, we’re also happy to provide support to anyone who wishes to attempt a FKT on any of the CapitalTrails routes in Delhi/NCR. All you need is to drop us a line and we’ll be happy to help. 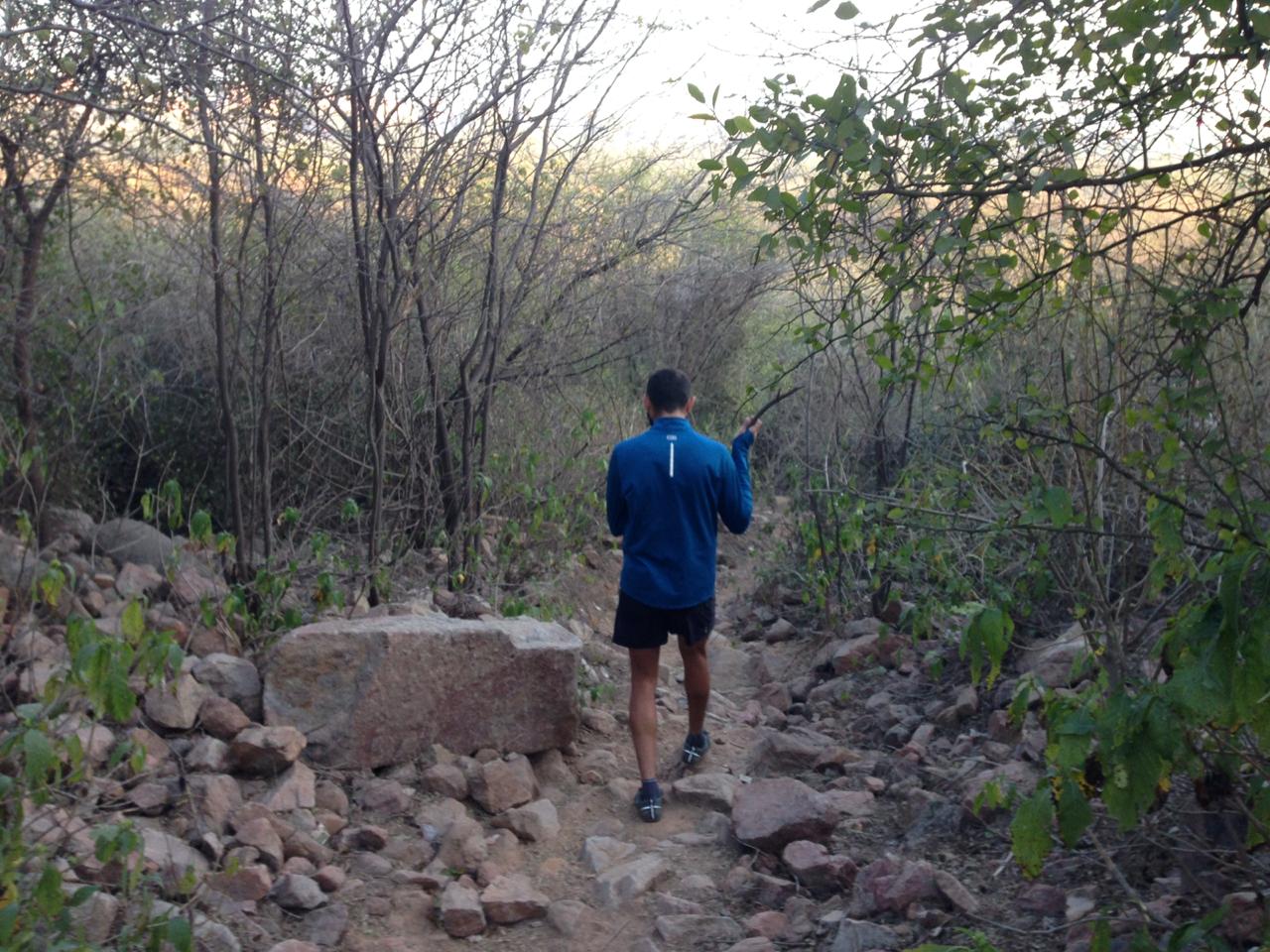 Kshitish is a trail, mountain and ultra runner from New Delhi, India, who co-founded CapitalTrails. Kshitish loves to explore behind the proverbial bush because, according to him, that's where the beauty lies. This philosophy has made him discover many local gems - ponds, lakes, trails, mud tracks, and many more. Kshitish creates routes and handles tech and online initiatives at CapitalTrails.
FacebookTwitterInstagramStrava
FacebookTwitterInstagramStrava

On the Same Topic(s)

Thank you! Your submission has been received!
Oops! Something went wrong while submitting the form.